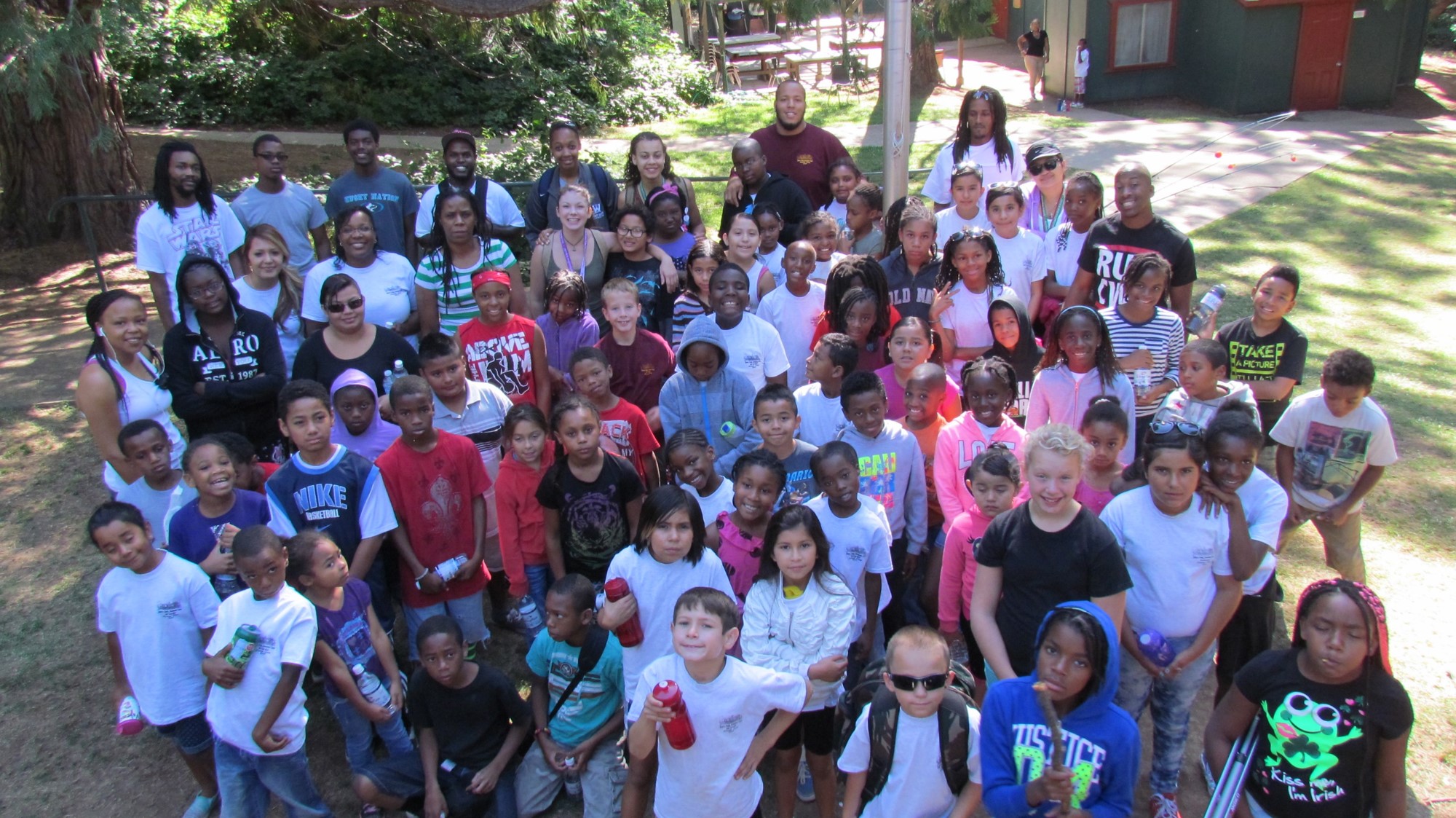 Imagine an excited group of elementary students gathering in a school cafeteria. It’s the middle of summer and these students are enrolled in a local summer enrichment program. Now picture them singing, chanting and dancing to Swahili rhyme. The message is clear: we are proud of ourselves, of our families and we stand tall. The students glow as the lyrics resonate within them, and the onlookers are struck with emotion and goose bumps.

That was me with the goose bumps. I was observing a high quality summer learning program offered to largely low-income African American students—called scholars. The scholars perform these sorts of activities that include song and dance throughout their day.

The program is a present day Freedom School organized nationally by the Children’s Defense Fund (CDF). Local partners for this program included Sacramento City Unified School District, the Roberts Family Development Center, and the University of California, Davis. I was witnessing a summer tradition that dated back to the Freedom Schools campaign formed during the Mississippi Freedom Summer of 1964; a civil rights campaign currently celebrating its 50th anniversary this summer. The Mississippi Freedom Summer was a crusade to register large numbers of African American voters throughout Mississippi. The celebrated summer also set up a number of community centers and other community-based resources for disenfranchised African-American communities across the south.

CDF’s Freedom Schools provide summer enrichment activities focused on combating the summer slide—a term describing the loss of academic knowledge by students who are not mentally engaged over the summer months. Summer loss is a particular concern for students from low-income families. Research estimates summer learning loss can be as much as two months of instruction for some students and the effects of the summer slide during the elementary years can account for up to two-thirds of the ninth-grade achievement gap.

Freedom Schools address the risk of academic summer loss by engaging students in a six to seven week summer program focused on five essential components that include high quality academic enrichment; parent and family involvement; social action and civic engagement; inter-generational servant leadership development; and nutrition, health and mental health. The scholars develop a passion for reading and learning by engaging in curriculum that is culturally relevant and exciting.

Freedom Schools embody an effective model for addressing the achievement gap between African American and White students through the use of culturally competent curriculum and instruction. The most recent National Assessment of Educational Progress (NEAP) results show both African American and White test scores growing at the same rate. However, African American students are still a generation behind White students in overall scores. Research about whether or not gaps are closing differs. The best case scenario is that the gap is slowly closing, but the reality is that it is not closing fast enough—at current rates it could persist for another 150 years.

There is growing awareness and concern about the persistent academic achievement gap between African American and White students. The risk it poses for the future of our young people and of our society is unmistakable. Initiatives and programs such as Freedom Schools, My Brother’s Keeper, and the call to reform racial disproportionalities in school discipline policies all address the need to close the racial achievement gap. Perhaps the greatest possibility for districts to effect real change comes from the equity focus of the Local Control Funding formula (LCFF). Now is the time for board members to work within their local communities to address persistent achievement gaps.

I am optimistic about the power and will that local communities and districts have to make critical change. I believe districts will start using their flexibility to address issues of summer learning loss. I believe governance teams will usher in greater cultural competency in the classroom. I believe more districts will fund social-emotional learning to address racial disproportionality in discipline procedures. I believe we as a state can address the educational inequities underscored in the racial achievement gap. Like those scholars in the cafeteria, I believe in you, I believe in me, I believe in the power of each other. Now let us stand tall.

Nathaniel Browning is a Policy and Programs Officer with the California School Boards Association.