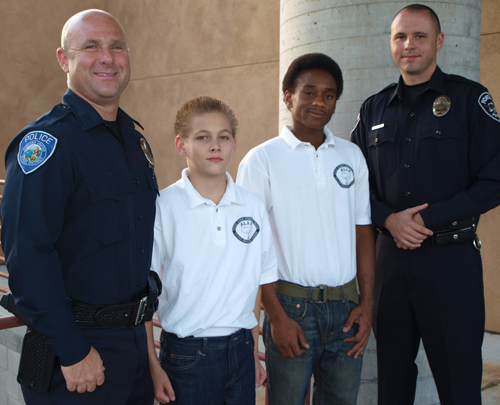 Suspensions and expulsions were out of control in the Fontana Unified School District in 2010-11, and more than 20 percent of students did not graduate. Further complicating matters, the local police department had arrested more than 1,000 students. Clearly, the situation called for decisive action.

School district staff joined forces with the Fontana Police Department to create a special course on Saturdays for middle and high school students referred to the program along with their parents. During the 16-week program, students learn about preventing violence, resisting alcohol and drug use, building leadership and teamwork skills, and other topics.

The classes include time for physical exercise, community projects and field trips, as well as homework support and tutoring during the week. A nonprofit corporation led by community members funds the program and offers college scholarships to qualified students.

The results have been encouraging: Alcohol and drug use is down 91 percent, assaults have declined 84 percent, truancy is down 87 percent, and damage to school has been cut in half. Bullying behavior has also shown a dramatic decline.

Now the Fontana Leadership Intervention Program, or FLIP, has won top honors from the American School Board Journal’s Magna Awards program. With support from the food management company Sodexo, the Magna Awards recognize districts across the country for outstanding programs that advance student learning and encourage community involvement in schools. FLIP is one of three grand prize winners and will receive a $4,000 contribution from Sodexo during NSBA’s annual conference in San Diego on April 14.

“FLIP continues to strive to help students bring about a lasting, life-altering change in their attitudes and behaviors by providing them with an education rich environment, dedicated to building the next generation of community leaders,” Fontana police officer Dennis Barnett told FUSD board members last fall.

A similar program in California, CSBA’s Golden Bell Awards, also recognize exemplary programs that make a demonstrated difference for students in the state. Learn how to submit an entry at http://gb.csba.org/.