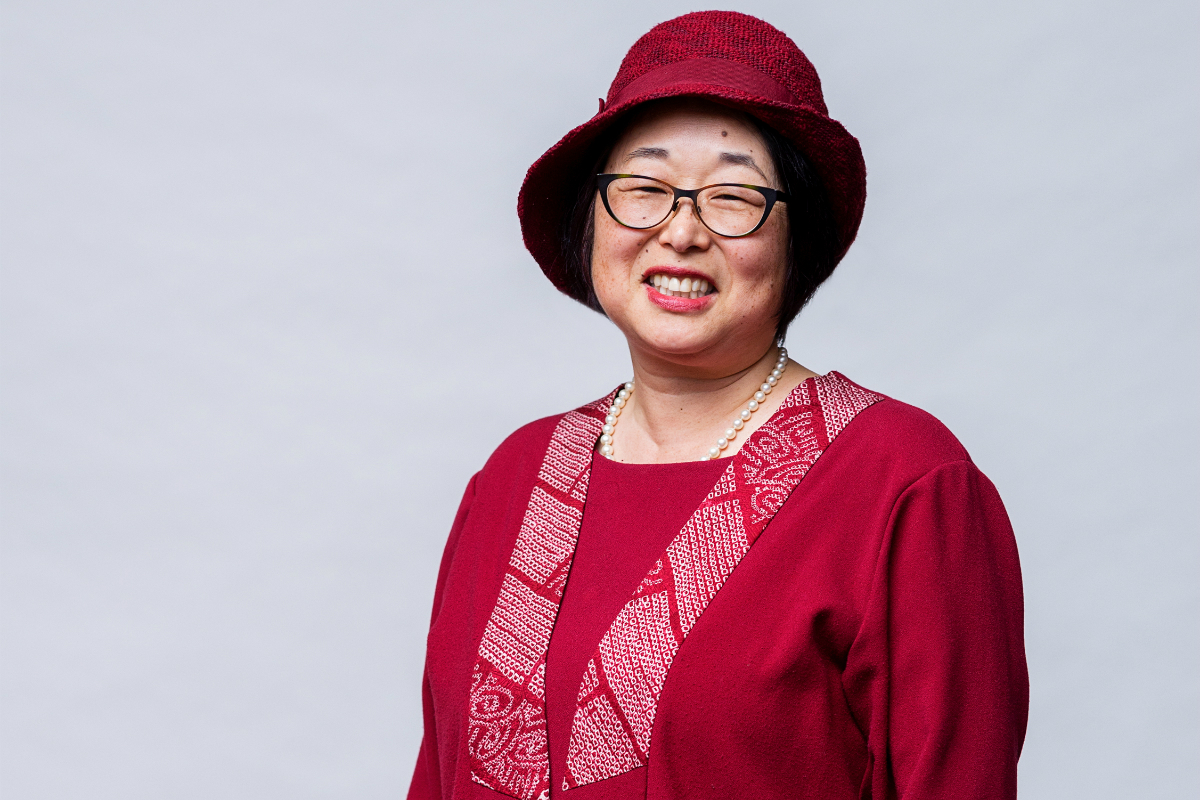 Each issue of California Schools Magazine features a short interview with a CSBA member. Below is an unabridged transcript of the Member Profile featured in the Fall 2017 issue — an interview with Emily Murase, Ph.D., a board member in the San Francisco Unified School District.

How long have you been a school board member?

I am currently finishing up my second term and intend to run for a third term in November 2018. I am a graduate of the San Francisco Unified School District and was first elected to the San Francisco Board of Education in 2010 as the first Japanese-American to ever be elected to the 160+ year old governing body of our public schools. Our school board has been very diverse, and has included African-Americans and people of Chinese, Filipino, Korean and Latino heritage, but I am the first Japanese-American. Rather than celebrate this fact, it should make us angry. I shouldn’t be the first. I should be the 25th or 40th Japanese-American school board member.

Part of the reason for this dates back to the incarceration of Japanese-Americans during World War II. Basically, the U.S. government jailed people for up to 4 years in remote desert prison camps solely based on their Japanese ancestry. Survivors generally did not discuss their wrongful imprisonment for years, until 1980 when the U.S. Congress appointed the Commission on Wartime Relocation and Internment of Civilians. Instead, Japanese-Americans tried to assimilate as best as possible and few sought elected office. Public exposure was the reason that leaders of the pre-war Japanese-American community were the first to be rounded up by the FBI, most separated from their families for many months. The community learned to keep its head down and to generally avoid high profile public exposure such as that which is required of elected leaders. While I may be the first Japanese-American school board member, it is also my responsibility to ensure that I am not the last.

What inspired you to become a board member?

My father Kenji came from a family of immigrant sharecroppers from Japan. He grew up in the Central Valley and graduated at the top of his class from Reedley High School. However, his parents did not want him to go to college. After a few years working on the farm, he ran away from home and landed at UC Berkeley. However, his college education was interrupted by the wartime incarceration of Japanese-Americans. Fortunately, he, together with about 4,000 other college-aged Japanese-Americans, was able to complete his education as a result of the efforts of First Lady Eleanor Roosevelt and the Religious Society of Friends (Quakers) who recognized the injustice and worked with college presidents throughout the Midwest and East Coast to enable students to complete their education. He eventually earned a Ph.D. in social work from Columbia University and spent most of his career teaching at San Francisco State University. But it all traced back to his public education at Reedley High School. I want to be sure that every one of our public school students has the same opportunities that my father did and that I have had.

I was also inspired to run for school board in order to promote bilingual education. My parents were among the first to support the development of the Japanese Bilingual Bicultural Program in the San Francisco public schools in 1972. At that time, the school district only had language programs for Chinese, Filipino and Spanish. Japanese-Americans lobbied the first elected school board to start instruction of Japanese language and culture in the elementary grades. Now Japanese instruction is flourishing at two elementary schools, 1 middle school and 3 high schools with ethnically diverse students. The district as a whole supports programs in Cantonese, Filipino, French, Hebrew, Italian, Japanese, Latin, Mandarin and Spanish.

What is the other job you have outside of board member duties?

My most important job is to be a mother for my two daughters. My older daughter just graduated from my alma mater Lowell High School, the oldest urban public high school west of the Mississippi, in May and will be headed to Smith College in Massachusetts in the fall. My younger daughter is a visual artist at the Ruth Asawa High School of the Arts, also a public school.

What is your earliest childhood educational memory?

I had an amazing third-grade teacher by the name of Donald Earlenbaugh who taught at Alamo-Golden Gate Elementary School for many years. He took us to the opera (we hadn’t really developed appreciation for the art yet), had us participate in a Japanese tea ceremony (the green tea was way too bitter), and, amazingly, staged a class performance of Gilbert & Sullivan’s H.M.S. Pinafore (I was a Buttercup). He exposed us to so many fields using a project-based approach. We worked on a mural that depicted abolitionists like Harriet Tubman and learned to play chess. I can honestly say his influence has remained with me ever since.

Who was your favorite teacher and why?

Florence “Flossie” Lewis is a legendary former teacher of AP Poetry and English at Lowell High School. Her unconventional teaching methods inspired countless alumni to get Ph.D.s in English (now teaching at University of California, Berkeley and elsewhere), become bestselling writers (Naomi Wolf) and even become a Nobel Laureate (Robert Cornell). She pushed her students to innovate and experiment. She truly stretched our minds until it hurt! You can catch her on YouTube in a PBS Newshour segment “Brief but Spectacular” where, at 91, she speaks about always being a 15-year old at heart. The short video has gone viral with over 30,000 views!

List three books that left a lasting impression on you.

I honestly don’t have much time for leisure reading, but I can tell you my favorite authors on education: Linda Darling-Hammond, Diane Ravitch and David Kirp. These experts on education all share a tremendous commitment to public education and have researched best practices nationally and internationally for improving student achievement and advancing educational equity. And my most favorite research study is Dr. Vince Felitti’s groundbreaking work on Adverse Childhood Experiences which, to me, is the “silver bullet” for addressing deep-seated emotional and behavioral issues among our students. Understanding the context and consequences of childhood trauma is essential to creating a learning environment where all children can learn.

Who was one adult you looked up to as a child and why?

In high school, I studied the life of First Lady Eleanor Roosevelt. She contributed so much to create a human rights framework for the world recovering from war. The 1948 Universal Declaration of Human Rights is such an important document, even today. Her work as chair of the newly formed Human Rights Commission at the United Nations inspired me to join the Model UN Club at Lowell and sparked an ambition for me to engage in international affairs. Eventually, I did earn a Master’s in Pacific International Affairs from the Graduate School of International Relations & Pacific Studies at the University of California, San Diego, later worked in Tokyo for AT&T, followed by a stint in the first Clinton White House to work on U.S.–Japan trade relations. I later worked for the International Bureau of the U.S. Federal Communications Commission and represented the agency in the U.S. delegation to the multilateral telecommunications meetings of the Asia Pacific Economic Cooperation Forum. Today, I attend the annual meetings of the UN Commission on the Status of Women in New York to report on advancements in the human rights of the women of San Francisco.

How do you create work/life balance?

I have an amazing spouse, Neal Taniguchi. He is the top chef of the household and keeps me and my daughters well-fed and healthy. I could not do the work without his infinite love and support.

I also set boundaries for my day job and school board work in order to set aside time for my family.

What is the number one goal you have for this year?

Like in many communities, San Francisco has a teacher shortage of crisis proportions. We are just not paying our teachers a living wage given the astronomical cost of living. According to a study by the San Francisco Chronicle, the average teacher salary was $65,000 but the median annual rent was $42,000, meaning 65 percent of annual income was spent on housing, way beyond the rule of thumb of no more than 30 percent. We have partnered with the city government to build teacher housing, but the real answer is to pay our teachers a living wage. We must advocate for even more support for state funding of public education as well as explore local revenue streams.