Public schools are the most universal and intimate of our democratic institutions. A central role in this tradition is played by publicly elected school boards. Charged with the stewardship of their local districts, school boards provide the most direct (and often the only direct) connection to an elected official for the vast majority of Americans.

This truth is especially important to remember amidst the sound and fury of the 2016 presidential primaries, when precious little time has been devoted to our public schools or the thousands of local citizenleaders who diligently govern them.

Whenever the public good and public funds are involved — as with the public school system — transparency, oversight and accountability are paramount. Elected local boards best advance these interests. Unlike the self-appointed boards that oversee many charter schools, elected governing boards are subject to open meeting laws, the Public Records Act and conflict of interest disclosures. Community members run for and serve on elected boards, and they must stand before their fellow citizens for re-election at the local level — where the decisions that have the greatest effect on the lives of everyday Americans are often made.

America’s schools … are a public trust responsible for educating every student in their jurisdiction regardless of need, background or income.

School board elections don’t generate the same media coverage as presidential races, but many communities boast exceptional engagement and high voter turnout. For instance, the top vote-getters for the 2012 school board election in San Francisco received more than 128,000 votes. The top school board candidate in the San Diego Unified School District received more than 138,000 votes in 2014. (For the sake of comparison, that’s more than the top vote-getter received in the recent New Hampshire GOP presidential primary, and many more votes than were typically cast in presidential primary caucuses.)

Granted, turnout in other local board and municipal elections is lower — and that’s a genuine cause for concern. But it in no way justifies calls for state-run school districts or self-appointed charter boards as alternatives to meaningful local school oversight. The answer to imperfectly realized democracy is not less of it; the key to increased participation is more robust civic engagement, not a concession to apathy.

The very process of holding local elections contributes to transparency and accountability. In nearly all cases, elected school board trustees gain their positions through appeals to and dialogue with the community. In addition to noticed public board meetings, trustees like you and I attend community events, plays and athletic competitions, and engage constituents with a frequency that is typically unmatched among other elected officials. As school board candidates, we are often interviewed by local editorial boards; we share our views and positions in published candidate surveys; we seek and obtain a range of endorsements from other public officials and organizations; and we communicate our positions at public forums, such as those sponsored by local community or parent groups. Once elected, a trustee’s every vote is public record and we stand on that record during re-election. If the community is dissatisfied, it makes its displeasure known at the ballot box. The accountability component is clear and defined.

Self-appointed boards, on the contrary, offer a much poorer template for ensuring oversight and accountability. Specific to appointed charter boards, a recent report by the Annenberg Institute for School Reform noted that a working group of grass roots organizers and leaders from around the country met to explore the impact of rapid charter expansion on parents, students and communities. The group found some common concerns, including a “lack of representative governance, transparency and adequate oversight, leading to potential conflicts of interest and instances of fraud and other problems.”

This is not the model for America’s schools, which are a public trust responsible for educating every student in their jurisdiction regardless of need, background or income.

Democracy, of course, is rarely easy and often messy. But it remains, as Winston Churchill once described it, “the worst form of government except for all those other forms that have been tried from time to time.” The democratic process is far from perfect, but when it comes to overseeing our local public schools, it is always preferable. 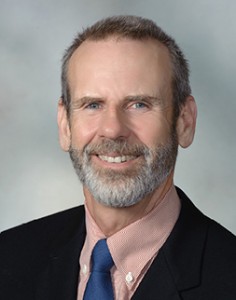