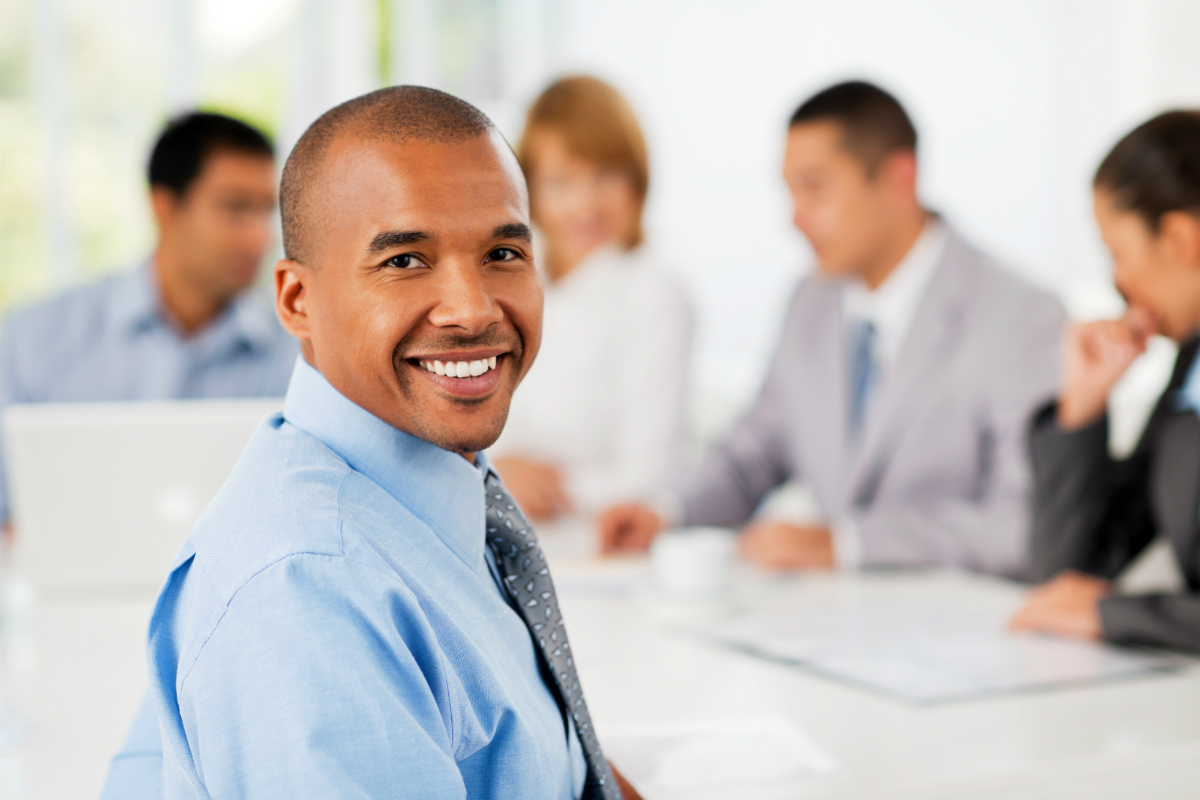 A virtual roundtable discussion hosted by The Education Trust and Khan Academy on Feb. 16 featured four panelists from around the country working in different areas to increase teacher diversity. Sharif El-Mekki, CEO and founder of the Center for Black Educator Development, introduced and moderated the conversation.

“In essence, if students of color were learning at optimal levels,  and their families’ aspirations were being met with the current demographics of the teaching profession, we would be talking about teacher diversity in a different way,” El-Mekki said.

Kristen DiCerbo, Khan Academy chief learning officer, reviewed some of the current research around the impact even one teacher of color can have on students. She described a long-term study from the National Bureau of Economic Research that found that Black students who had just one Black teacher in grades K-3 were 9 percentage points more likely to graduate from high school and 6 percentage points more likely than their peers in the same school who did not have a Black teacher.

“Teachers also don’t just influence the cognitive outcomes of students, they are influencing many other outcomes, such as racial identities, such as how students see themselves, that are really important for all of those outcomes we are looking for,” DiCerbo said. “In a meta-analysis of 82 studies, we find that there is a positive correlation between school belongingness and academic success, motivation, social and emotional outcomes, like self-efficacy. The other piece we see is expectations. We see that Black teachers have higher expectations of Black students and those higher expectations translate into better outcomes for those students.”

Former California State Board of Education member Feliza Ortiz-Licon is now chief policy and advocacy officer for Latinos for Education, which is leading a coalition of Latino education leaders to increase access and more equitable pathways for Latino children. Nationally, Latino youth represent 27 percent of the student population, yet only 9 percent of teachers identify as Latino. “We know this disparity will only continue to grow unless we are retaining and recruiting,” Ortiz-Licon said.

Latinos for Education provides a Latinx Teachers’ Fellowship that will provide a national cohort of 50-75 Latinx K-12 teachers with a learning network of peers and the tools to collaboratively prepare to maintain and improve the skills needed to serve large ELL populations during the re-entry process. The organization is also working with the Massachusetts Legislature to pass the Educator Diversity Act.

Ortiz-Licon is also involved in the national campaign to grow the ranks of the nation’s teachers of color by 1 million in the next decade, an initiative of The Hunt Institute and TNTP, together with EdTrust, MCEL, New Leaders and Teach Plus.

Diarese George, founder and executive director of the Tennessee Educators of Color Alliance (TECA), shared the state’s success in making large investment in its Grow Your Own program and his organization’s advocacy for adopting the Educator Diversity State Policy, which happened in February 2021. The policy requires districts to set goals for how they will close achievement gaps.

“I believe in policy change that is led by the people closest to the challenges, so we launched a fellowship in 2021–22 as a pilot that is focused on empowering educators of color to be the local change agents in their schools and districts,” George said. “What are those inequities that pain you? And how do we make position you to make change around those things.”

While panelists felt that their recruitment programs were strong and growing, they agreed that much work remains on the retainment front.

“We lose 60 percent of our educators of color in years one to three in the state of Tennessee, which is probably reflective across the country,” George said. “So, what do we need to do when we know, you may take a job and be racially isolated; you may take a job and see egregious things happen both academically and disciplinarily to students that look like you — how do I prepare you for that reality so that when you see it, it doesn’t burn you out. So that the invisible tax of having to constantly combat that doesn’t defray you from the profession?

To address those issues, TECA launched the Ascension Project, a semester-long leadership development and high-quality mentorship program for candidates of color at education preparation programs in Tennessee focused on retention. Candidates are paired with a current mentor teacher of color and receive a stipend to support with licensure exams. They also receive training in racial identity development, education policy, advocacy strategies and activism.

Licon-Ortiz echoed George’s sentiments about the invisible tax that minority teachers are forced to take on. In a 2019 survey of Latino educators in Massachusetts, the organization found that four out of 10 Latino teachers leave the profession within the first four years. “They do so because they are discouraged by inadequate salaries or microaggressions from colleagues and leadership or the added obligations placed on them because of their racial, ethnic and linguistic backgrounds. Latino educators are asked to translate materials and meetings, they are disproportionately assigned English learners to their classrooms because of the perceived idea that they can provide primary language support.”