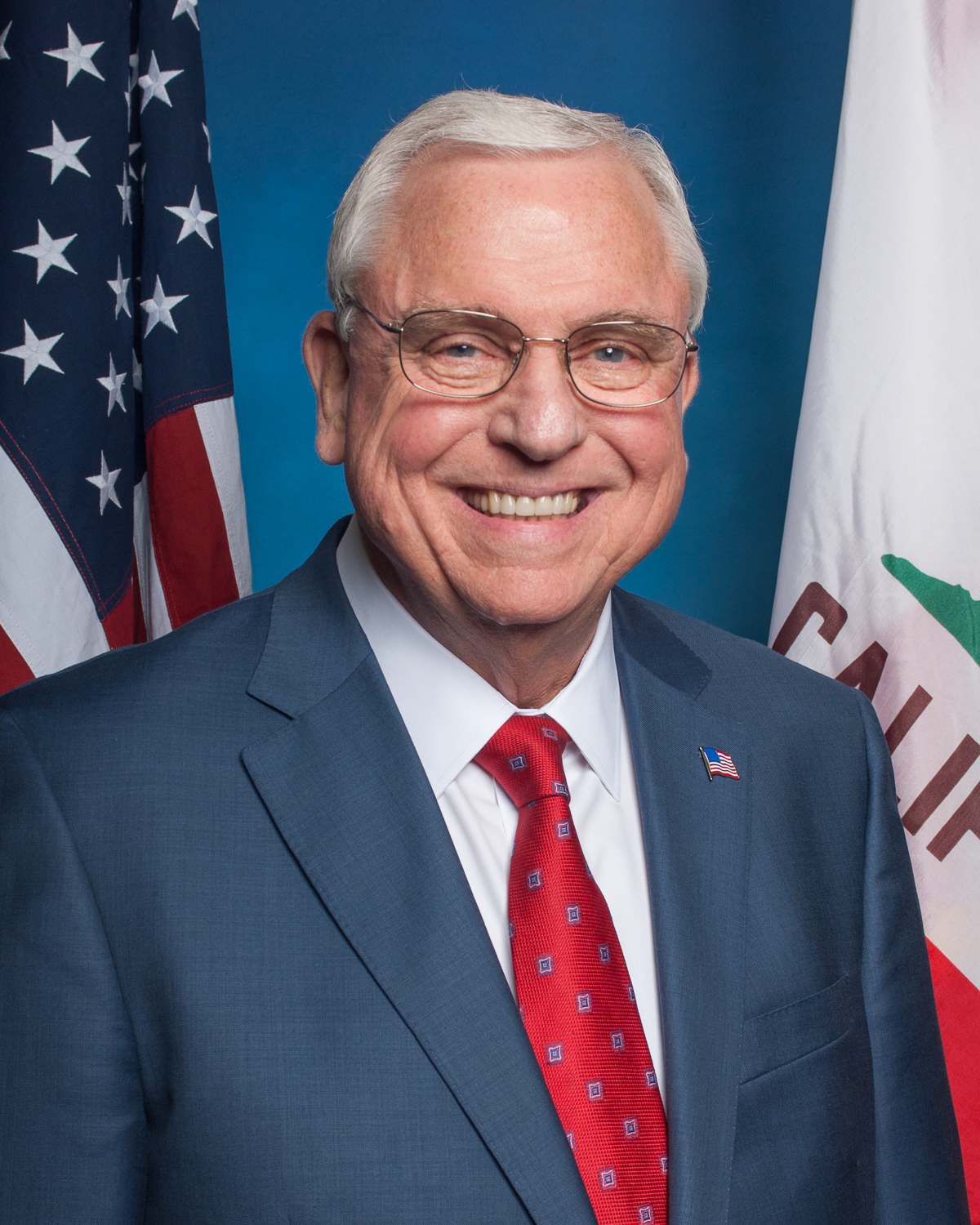 The California Mental Health Services Oversight and Accountability Commission released a report in November urging Gov. Gavin Newsom and the Legislature to expand and strengthen school-based partnerships that serve children and their families — including those too young to yet enroll in school — to better address the growing mental health crisis among children.

Sacramento County Superintendent and commission member Dave Gordon said the pandemic and continued school closures have only heightened the need to support students whose mental health is suffering as a result of seclusion, loneliness or from being stuck in a toxic living environment. CSBA spoke to Gordon about the challenges youth are facing, what Sacramento County is currently doing to help students and expand on next steps.

What are some of the reoccurring mental health challenges students are currently facing?

It’s a time of great difficulty for all of our kids — it was even before the pandemic, but it’s made more severe by the pandemic. One in three of our high school kids reports feeling chronically sad and hopeless, and more than half of our LGBT kids report feeling the same way. And the suicide ideation rates are off the charts now. One in six high school students report having considered suicide in the past year and it goes to one in three of our LGBT kids, and that’s undoubtedly made worse by the pandemic.

I give a lot of credit to the school districts that really stepped up and made it their business to do what they can to keep in touch with kids. We got approval from (Sacramento County Public Health) to allow for emergency in-person counseling as needed in severe cases where students could do one-on-one counseling after school. It’s got to be based on the judgment of the personnel who’ve been in touch with the child and, if appropriate, the family.

I will say, telehealth has been helpful and, interestingly, young people seem to respond to that better than older people, just because they’re more comfortable with the technology. Coming out of all this, that will be one of the things that we’ll be continuing, I think on a much, much larger scale than it has been. And not just for kids, but just for general medical services, medical care and so on. I think that’s been a big breakthrough.

Have student mental health needs changed since the pandemic? Or have they just been amplified?

I think both, really. I think they’ve been amplified mainly because of isolation and loneliness of kids. I have a 17-year-old grand daughter, who’s a high school senior and she’s a great student and very much involved in student government and all of that. But she’s lonely, she’s in a totally different world. I think the loneliness, number one, and then the other thing is being cooped up — a lot of people don’t realize that many of our kids, in some cases, their homes are not always safe places. I think that’s why the districts have been so diligent in stepping up to make available in-person counseling. But it’s something where they have to be careful. You have to tread carefully because you don’t want to expose the kids further.

Can you explain the reasoning behind the California Mental Health Services Oversight and Accountability Commission’s recommendation to expand and strengthen school-based partnerships to address mental health needs of children not yet old enough to be enrolled in school?

That’s a place where, if we’re going to be of the most help to our kids and our families, we have to understand what the new California Surgeon General has been emphasizing to us, which is that kids are not born at age 5. They are born five years earlier and they are subject to a lot of adverse childhood experiences before they even reach the school. So the 0-5 space, we believe, is the place where you can begin prevention in the most significant way. And if we can get more of our kids showing up to kindergarten as 5-year-olds without a lot of the effects of trauma that has already occurred, we’ll be much better off.

The other part of this that we’ve got to work hard to overcome is the stigma of the term ‘mental illness,’ or that the need for counseling or something is somehow a sign of weakness rather than just a normal human condition which is both treatable and not something to be afraid of or ashamed of. In some of our ethnic communities that’s really frowned upon — the stigma is much greater. But that all speaks to the relationship with families, and one of the things we have going for us with the education system is that, by and large, the school is a neighborhood facility and the people in the school are trusted by the families that go there. They’re seen as an extension of the home and in many cases, the parents go there every day and they get to know the teachers and the principal and the other staff people.

What is the Sacramento county office of education currently doing to support students?

One of the interventions that we’ve launched in Sacramento County in partnership with County Mental Health is putting clinicians in the schools. We have a long-term plan to place a mental health clinician in each of our schools in the county — that’s over 300 schools. It’s funded through Medi-Cal dollars. In other words, it’s funded through the health plans that people are entitled to, if they qualify for Medi-Cal, which is 60 to 70 percent of the families in Sacramento County. So it’s a sustainable funding source. One of the issues with bringing mental health services to schools is lack of a sustainable funding source. The education system doesn’t have the ability to pay the whole freight for this. So what kids are able to get now from the education system is hit or miss. A lot of it is funded by pilot projects or two- or three-year grants, which come and go, but the need for the services doesn’t go away.

We’re starting with 11 clinicians this year, and they’re being placed with 11 of our neediest schools in Sacramento County. They’ll be funded through reimbursement through Medi-Cal at no cost to the school and no paperwork for the school. They will simply be brought to the school to work with the existing team at the school — not to replace them, not to supplant them, but to be a source of first-level services for kids. We have a natural partnership there because alongside the needs for mental health services, we also have this initiative on social-emotional learning, which just goes hand in hand with what we’re trying to do with mental health services.

When we set up the initiative, we wanted the clinicians to be hired as employees of the Sacramento County Office of Education. The County Behavioral Health will need all the credential requirements that they need to claim reimbursement, but we’d like to be able to do a cross training on with the school people so that we really integrate them into the school culture and emphasize the merging of mental health services and social-emotional learning, and make the school a center of wellness rather than the center of emergency treatment. That’s the goal, is to turn schools into centers of wellness. The main partnership would be with County Health, because if we can intervene as early as possible, it will be of great help to the County Health system, because it will remove a lot of the issues that they face in the 0-5, or 0-8 space, and more than that, get the families working with the schools and getting the social-emotional learning model working with the treatment models.

What are some of the next steps planned for Sacramento County schools?

One thing that we’re really working hard to do is to amplify youth engagement and youth voice and, for our older kids, we’re working to get much stronger networks of peer partnerships and peer mentorships. A lot of our older kids benefit from advice and mentoring from peers who’ve been through situations like they have been through, and that’s really their source of advice and comfort and so on. And a lot of people outside the education system don’t have a good idea of what a lot of our kids cope with when they get to be teenagers. How many of them don’t have what you or I would consider a stable home, that they’re living here or there or wherever it happens to be safe, and for a lot of those kids, a peer mentor is worth its weight in gold. So we’re really working to amplify youth voice where we’re doing a lot of focus groups with young people and working with a lot of nonprofits to help try to figure out ways to fund youth mentorships and peer supports. I think that’s going to be something that will emerge in the coming years as a great source of assistance in this effort for older kids.

And the kids also have really good ideas on how we can better organize these services. So separate from this report, the Mental Health Commission has been doing some significant work on listening to students, listening to young people about how to organize peer support and interventions much like they do in the mental health field for adults. It works the same way for younger people. We just have to tap that resource and I can tell you from the engagements we’ve had, the kids are ready and willing to help. This upcoming generation of kids is very “other” oriented. It gives you a great sense of optimism for the future.

Another thing that we’re really focusing on is trying to get some more state support for some things that the report talks about. The commission about three years ago turned toward incentivizing collaborations at the local level. Each county health system is independent of the state. The state is the funder, but the counties really have a lot of latitude in how they operate. So the commission has put out several RFPs to incentivize collaboration. I’ve seen a huge increase in the level of collaboration at the county level to really try to build these partnerships between schools and the health system and that’s very encouraging. When the commission released these RFPs, over 40 of our 58 counties responded by doing very, very elaborate proposals on partnerships. Because of the limitations in funding, the commission was able to fund less than half of the proposals.

Think about it this way, in the world of applying for proposals. If you’re putting in a $6 million proposal with several agencies, that means you put in many weeks of time working together with your partner agencies to figure out, well, how are we going to do this? So one of the things we’re going to be asking the Legislature and the Governor for this year is some more money to fund some of the proposals that could not be funded, not because they were weak proposals, but because we ran out of money. The work has already been put in and we shouldn’t squander the collaboration that’s been built. We really want to build on that momentum and that interest at the county level.

This Q&A has been edited for length and clarity.