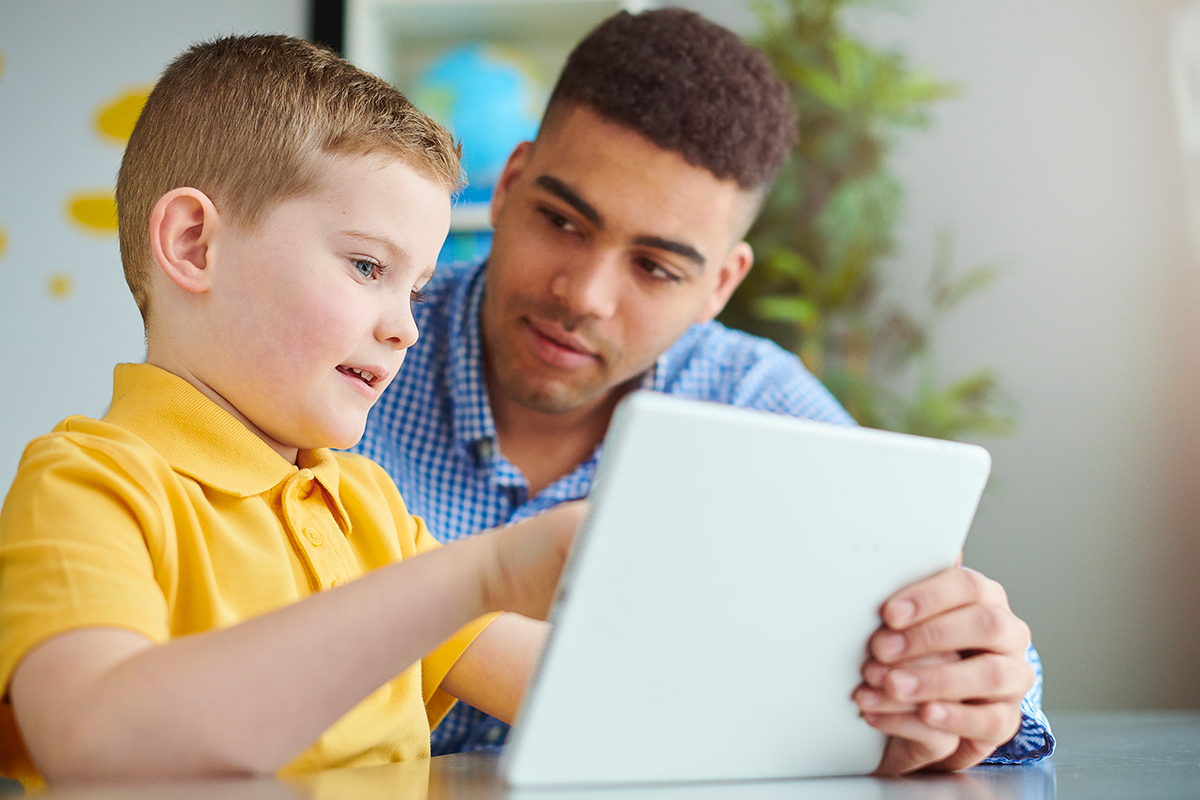 A new study from Curriculum Associates found that remote instruction may not have affected student’s learning as much as previously reported, at least on average. Like previous research, this study found that almost all groups of students were negatively impacted by school closures during the initial phase of the pandemic and continued disruptions in the 2020–21 year. However, on average, the impacts appear smaller than initially predicted. But differences in the disaggregated data confirm that pandemic-induced interruptions affected learning trajectories more negatively for students who were already struggling.

The company used interim assessment data from its i-Ready Diagnostic tests from more than 2 million students spanning three academic years and used data indicting where students took the test to determine whether they were in person or in remote learning. Because districts that use the diagnostic tests have done so consistently in grades 3-8, the company was able to compare learning growth pre-pandemic (2016–19) and during the pandemic, offering a valuable window that compares the same students, instead of comparing similar student groups over time.

When disaggregated, however, students who were furthest behind before COVID-19 tended to see the biggest differences in growth during COVID-19 compared to a pre-COVID-19 comparison cohort. The study found that students who started two or more grade levels behind saw the least amount of growth across reading and mathematics.

“During a typical school year, it is not unexpected that the kids furthest behind gain the most because they usually are getting extra support as they have the most ground to make up to get to a proficient level,” wrote the report author, Matt Dawson. “What is especially troubling, then, is that because these already struggling students are not gaining at the usual rate (i.e., as the pre-COVID-19 cohort), they are falling even further behind. While all students struggled to some extent, or at least struggled to make up losses from the initial loss of schooling in spring 2020, the students who could least afford to fall further behind appear to have done just that.”

Unsurprisingly, many of the identified struggling student groups are primarily located in urban, high-poverty schools with majority populations of students of color. However, the extent to which students at these schools are under-resourced can be seen when compared with students in in suburban, low-poverty schools with a majority of white students. For example, in grade 2 reading, students in high-poverty schools who were in school during COVID-19 seemed to grow the least in reading, even when compared to remote-only students. And that result is mirrored for students who were already underperforming.

“In general, students in urban, high-poverty, low-percentage-white schools showed the least amount of growth, both in scale score points and in relation to how much similar students grew before COVID-19,” Dawson wrote. “The interaction of already existing historical differences and the impact of COVID-19 were clearly evident, and the gaps that existed before COVID-19 continued to grow even for the highest-performing students. Put another way: While almost all students struggled, some struggled more along distressingly predictable pathways.”

Directing resources and attention to higher-poverty schools must be a priority in the coming years as these already challenged students struggle to get back on track.