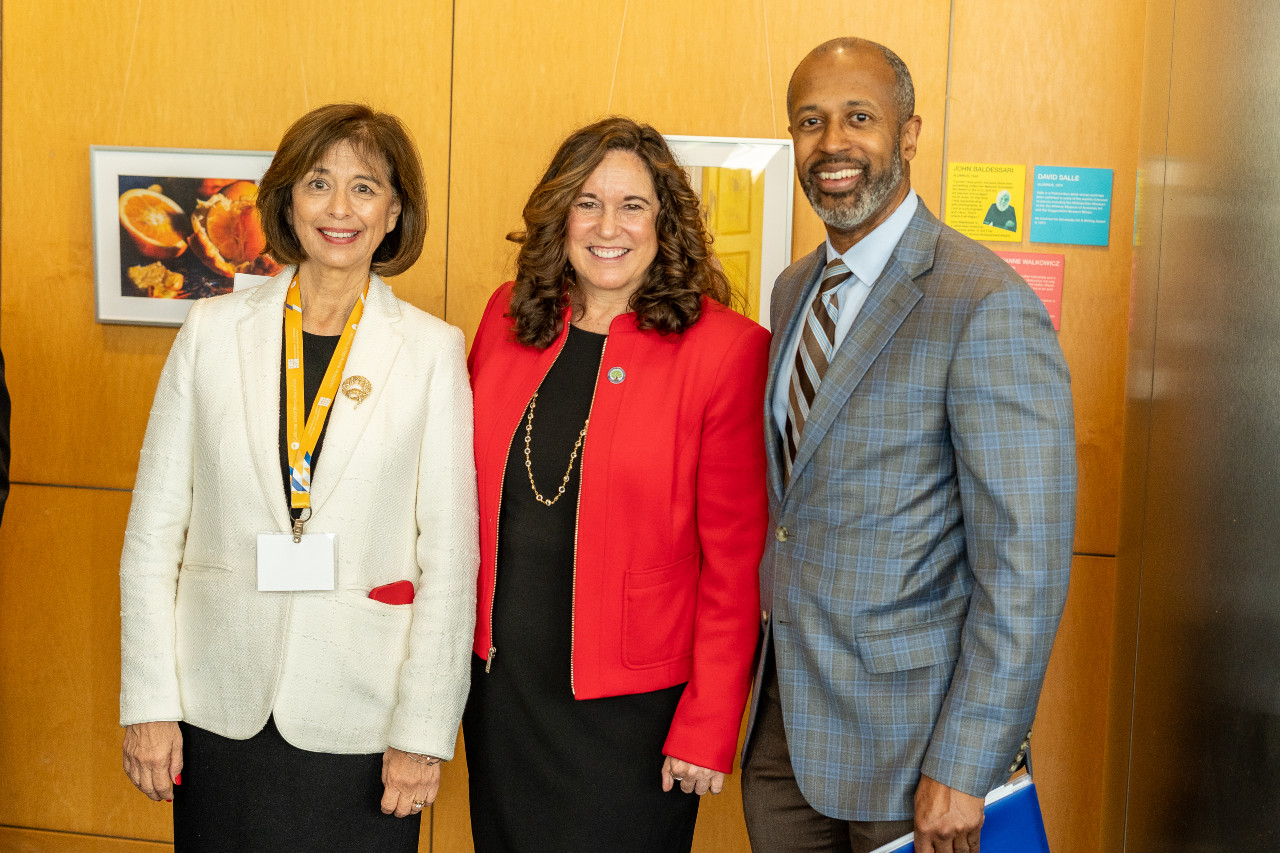 A vision years in the making came to fruition when school trustees and superintendents from across California traveled to Washington, D.C. as part of Coast2Coast, the inaugural CSBA-Association of California School Administrators (ACSA) federal advocacy trip. The three-day event offered education leaders a chance to communicate directly with their representatives in the nation’s capital and also learn from some of the country’s top policymakers and political experts.

From April 25–27, school board members and administrators made the case for additional resources, improved policy and new legislation to address the educator shortage, special education funding and funding for preK under the Individuals with Disabilities Education Act, school nutrition programs, student privacy and cybersecurity, broadband access and flexibility for Elementary and Secondary School Emergency Relief Funds (ESSER) under the American Rescue Plan (ARP).

“Convening members in a forum that allows for direct advocacy at the federal level was an important step for CSBA and ACSA, and it couldn’t have come at a more critical time,” said CSBA President Dr. Susan Heredia. “The past two years have made clear the impact that the federal government can and should have on public education at a state and local level, yet there’s so much more our schools require. Our representatives need to hear about the benefits of expanded efforts to support public schools and also understand the costs of inaction for California’s students.”

The origins of Coast2Coast can be found in the ACSA-CSBA Federal Partnership, a joint venture aimed at amplifying the influence of California’s TK-12 education sector in federal discussions. The partnership has elevated the visibility of California’s schools in the nation’s capital and also helped to pass federal legislation that strengthens public schools in California and across the country.

CSBA CEO & Executive Director Vernon M. Billy said that the early successes of the partnership have resulted in tangible victories for California’s local educational agencies and provided a blueprint for future advocacy work.

“Our federal partnership has spent time the last few years lobbying for increased funding for education programs, including Title 1 and special education,” Billy said. “We were able to get legislation introduced to increase funding for special education preschool and infant programs that resulted in additional funding being provided for these programs in both the fiscal years 2021 and 2022 appropriations bills. Further, the partnership has been able to weigh-in on various regulatory proposals including those from the Department of Education, the Federal Communications Commission and the US Department of Agriculture, among others.”

April 25 featured briefing sessions on the issues from CSBA and ACSA governmental relations representatives. On April 26 and 27, advocacy was the main star of the trip as CSBA and ACSA members visited “The Hill” to share with legislators the needs and successes of California’s LEAs.

One highlight of the trip was an informative and emotional visit with former San Diego Unified School District superintendent and current U.S. Deputy Secretary of Education Cindy Marten, who urged attendees to “keep the focus as you all continue to deliver for kids.” Coast2Coast participants also were treated to a presentation from FCC Chairwoman Jessica Rosenworcel. Rosenworcel discussed efforts to ensure all students have broadband access and described the infamous picture of students huddled outside a Salinas, Calif. Taco Bell for internet service as a galvanizing moment in D.C. that made people think, “We’re going to seize this moment and do something about it.”

Attendees raved about presentations from political strategist Celinda Lake, who offered a wealth of insight through survey data on California voter attitudes toward public schools, and from ACSA and CSBA’s federal lobbyist Reg Leichty, who provided a comprehensive rundown of federal education legislation. Also notable were Education Week editors Daarel Burnette II and Stephen Sawchuk, who provided a glimpse of the future when they outlined the nine most critical K-12 education issues for the coming 2022–23 school year.

The final day also featured a Crossfire-style panel with education reform advocates Michael J. Petrilli and Anne Hyslop — representing the right and left respectively — and a talk on student mental and physical health from Eric Waldo, director of engagement for the Office of the Surgeon General.

“CSBA and ACSA are always searching for ways to increase the influence of California’s school leaders on behalf of our students and communities.” Billy said. “The ACSA-CSBA partnership is testament to the power of what education management organizations can accomplish for California schools when we collaborate and focus on common objectives. The goal is to ensure that California’s education sector receives the respect and the resources befitting a state that educates roughly one of every eight public school students in the United States.”