This is the second in a series of blog posts by the Council for a Strong  America highlighting creative partnerships between communities, boards and school districts.

Preventing kids from turning to a life of crime, that’s basically what it comes down to: classrooms or crime. The steps we take to address student absences and misbehavior in the K-12 years have a direct impact on whether or not that student will drop out and potentially end up in the criminal justice system.

Whatever the reason for missing school—truancy, chronic absence, suspension or expulsion— to some extent, the challenge is the same. Kids are either in class or they are not in school, which all too often means they fall behind while left unsupervised in front of video games and TV, or worse, out on the streets experimenting with gangs, drugs and crime.

The impact on dropout and graduation rates are clear. According to researchers, 9th grade attendance is a better predictor of graduation than 8th grade test scores, and suspended or expelled students are more likely to fall behind, drop out, and turn to crime.

Researchers at Fight Crime: Invest in Kids California, an organization of which I am proud to be a member, estimates that if graduation rates increased by 10 percentage points, murders and assaults would be cut by 20 percent. In California, that would mean 395 fewer murders and over 20,000 less aggravated assaults each year.

We have a lot of work to do to. The numbers may seem daunting:

Parents, teachers, administrators, employers, community leaders and even students – we all have a role to play. By working together, we can encourage good attendance habits and promote a healthy school environment that leads to positive behavior.

The first step is keeping kids supervised and in school during the school day, not only to learn but also to give counselors and educators more time to address the root causes of behavioral issues. You would be surprised how many kids show up to school hungry, hurt and afraid. When you live with violence and fear in your home life, it can be hard to concentrate in math class.

Moving forward, data can and should be used to identify student attendance, behavior issues and best target interventions. Tracking truancy alone is not enough; chronic absence rates, which include absences excused by parents, are key to identifying situations that can be addressed up-front with a minimal amount of intervention.

California is already taking steps to reduce suspensions, resulting in a more than 20{dc2081ac6c5cc81baef6ff3d8b7134abf68618b2dec130d45a21090cbaafa61c} decline in suspension rates over the last two years. According to Fight Crime: Invest in Kids’ evaluation of the Local Control Accountability Plans (LCAPs), of the 50 largest school districts in the state, which represent 41 percent of public school students in California, 92 percent include goals to decrease suspension rates. 100 percent have action plans to address school environment, including 96 percent with actions to employ school counselors, psychologists and other support staff. 70 percent include action plans to implement alternative practices such as Positive Behavioral Interventions and Supports, restorative practices or restorative justice, and social emotional learning.

While the analysis concludes that numerous opportunities exist for districts to provide needed clarification as they move forward in updating their three-year LCAP plans by July 2015, the process appears to be moving California in the right direction.

If safe streets and healthy, successful kids are the end goal, we must make school attendance and discipline a priority now. We all have something to gain from more productive citizens and less crime and violence on our streets and in our communities. 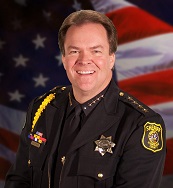