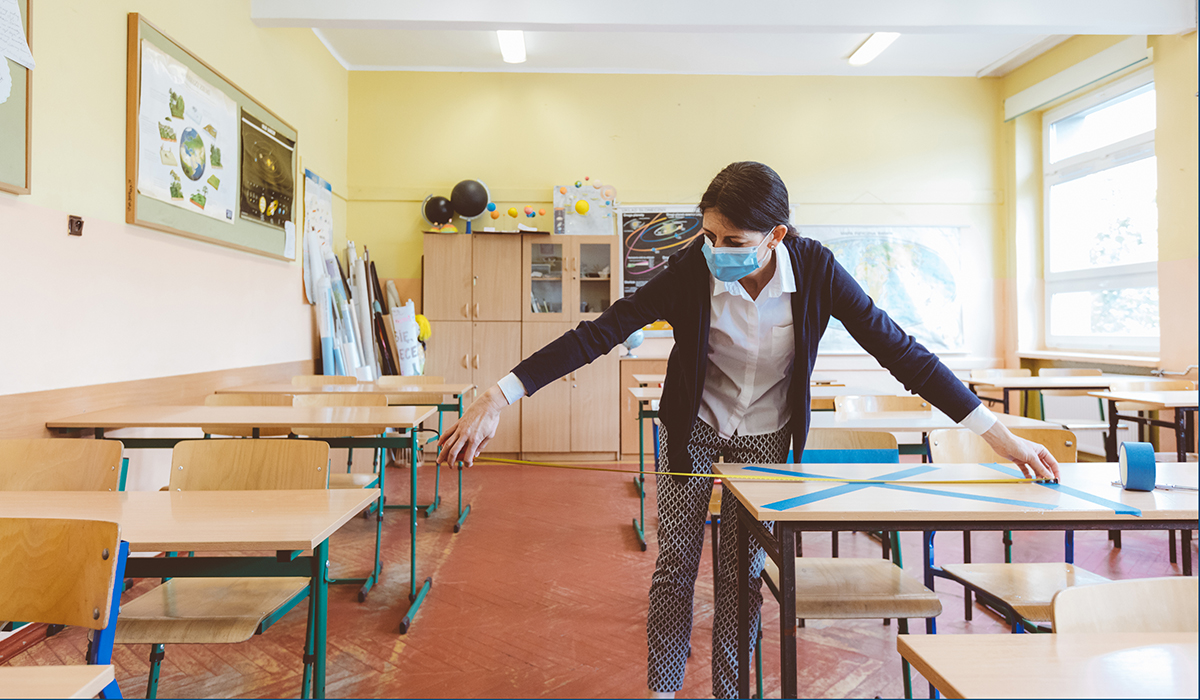 The Centers for Disease Control and Prevention released new guidance on Sept. 15 to aid local educational agencies in school reopening decisions. Though the guidance comes well after the start of the school year for many LEAs, it provides suggested reopening criteria for states that have not set their own. As CSBA previously reported, California released its updated reopening guidelines for the economy and schools on Aug. 28, the Blueprint for a Safer Economy.

The CDC guidance, “Indicators for Dynamic School Decision-Making,” emphasizes the important connection between reopening schools and the level of community transmission of COVID-19. “In short, success in preventing the introduction and subsequent transmission of SARS-CoV-2 in schools is connected to and dependent upon preventing transmission in communities,” it reads.

The document proposes three core indicators that should drive decision-making: two measures of community burden (number of new cases per 100,000 persons in the past 14 days; and percentage of positive RT–PCR tests during the last 14 days) and one self-assessed measure of school implementation of key mitigation strategies. A Real-Time Reverse Transcriptase Diagnostic Panel, or RT–PCR, detects the SARS-CoV-2 virus in upper and lower respiratory specimens. It is designed to be used with an existing RT-PCR testing instrument commonly used to test for seasonal influenza virus.

The document notes that the first two indicators should only be used to determine community transmission, and the CDC “does not recommend using these core indicators as measures of burden within the school.”

Similar to California’s new guidelines, the CDC guidance includes a color-coded system that determines lowest- to highest-risk areas depending on the core indicators. A visual representation of the system also includes a series of secondary indicators that may be used in addition to the core indicators. The lowest risk category is dark green, indicating the lowest risk of transmission in schools located in communities where there are less than five new cases per 100,000 people in the last 14 days, less than a 3 percent test-positivity rate, and the implementation of all five recommended mitigation strategies (see below). The colors progress through: light green (lower risk), yellow (moderate risk), orange (higher risk) and red (highest risk) for schools located in communities that have more than 200 new cases per 100,000 people, more than a 10 percent test-positivity rate, and the implementation of zero mitigation strategies.

The document states, “If, after applying the core indicators … a school is at “medium,” “higher,” or “highest” risk of transmission, it does not mean that the school cannot reopen for in-person learning, but that the risk of introduction and subsequent transmission of SARS-CoV-2 is higher and the school could consider alternative learning models.”

The key mitigation strategies are:

On Friday, Sept. 18, the CDC dropped language from its guidance that said that asymptomatic people did not need to be tested for COVID-19, even if they had been in contact with a known carrier of the virus. Public health experts around the country had refuted those claims, saying that testing contacts of infected people is an important part of efforts to limit outbreaks, and that a large percentage of those infected with the coronavirus show no symptoms.

The guidance has essentially reverted to what it stated previously, saying that testing is recommended “for all close contacts of persons with SARS-CoV-2 infection.”