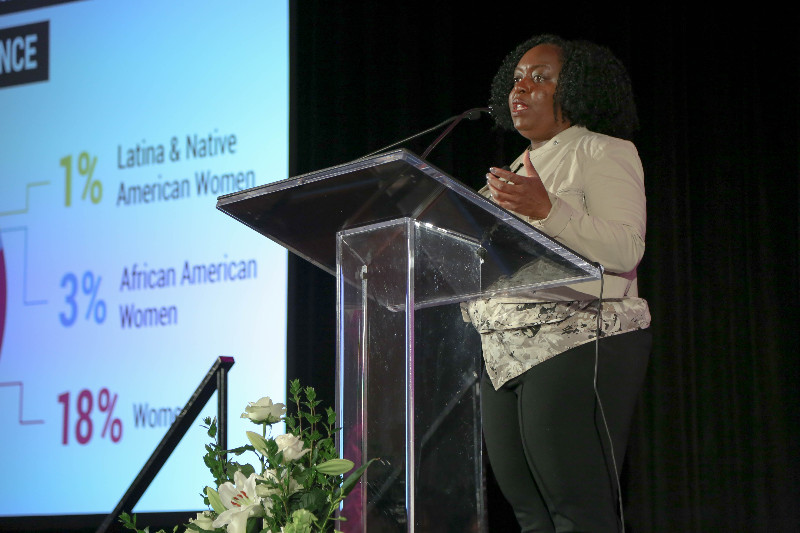 The College Board reported in 2017 that the numbers of female students and underrepresented minority students taking the Advanced Placement exam for computer science more than doubled from the previous year. Participation among these groups rose once again in 2018, with Code.org CEO Hadi Partovi thanking the many state, federal, corporate and nonprofit partners for their work in promoting diversity in the technology sector. Parvoti also spoke of these successes at CSBA’s 2018 Leadership Institute.

Part of a long list of Code.org’s partner organizations that include tech heavyweights like Amazon, Google and Facebook is San Francisco-based Black Girls CODE, which has seen significant success in boosting the number of black girls participating in tech-oriented curriculum.

Facing a dearth of programs available to her daughter that focused on preparing girls of color to explore coding, Kimberly Bryant — founder of Black Girls CODE — partnered with Genentech to hold a six-week coding bootcamp in 2011.

Nearly a decade later, what started as an effort to establish a small community of support for girls of color interested in technology, coding and gaming has become a global nonprofit with 15 chapters that provide opportunities to up to 1,000 students each year.

The goal of Black Girls CODE is to provide African American girls with the skills to occupy some of the 1.4 million computing job openings expected to be available in the U.S. by 2020, and to train 1 million girls by 2040.

Some of Black Girls CODE’s earliest participants, including Bryant’s daughter, are now in college, with some continuing to pursue careers in tech. It’s likely that industry diversity will start to increase as more organizations focus on reaching out to under-represented groups offered by programs like Black Girls CODE.

There is currently a stark lack of women in the technology sector, and the numbers for women of color are even more bleak. A 2018 study from the Kapor Center, Pivotal Ventures and Arizona State University’s Center for Gender Equity in Science and Technology found that in Silicon Valley, women make up about 30 percent of the workforce.

Of that 30 percent, just 2 percent identified as Latina/Hispanic, and less than 1 percent as African American, Native American/Alaskan Native or Native Hawaiian/Pacific Islander.

There is mounting evidence that inclusivity in tech is vital to avoiding the sort of biases that can lead to something as relatively innocuous as a faulty hand soap dispenser to further discrimination in the hiring process.