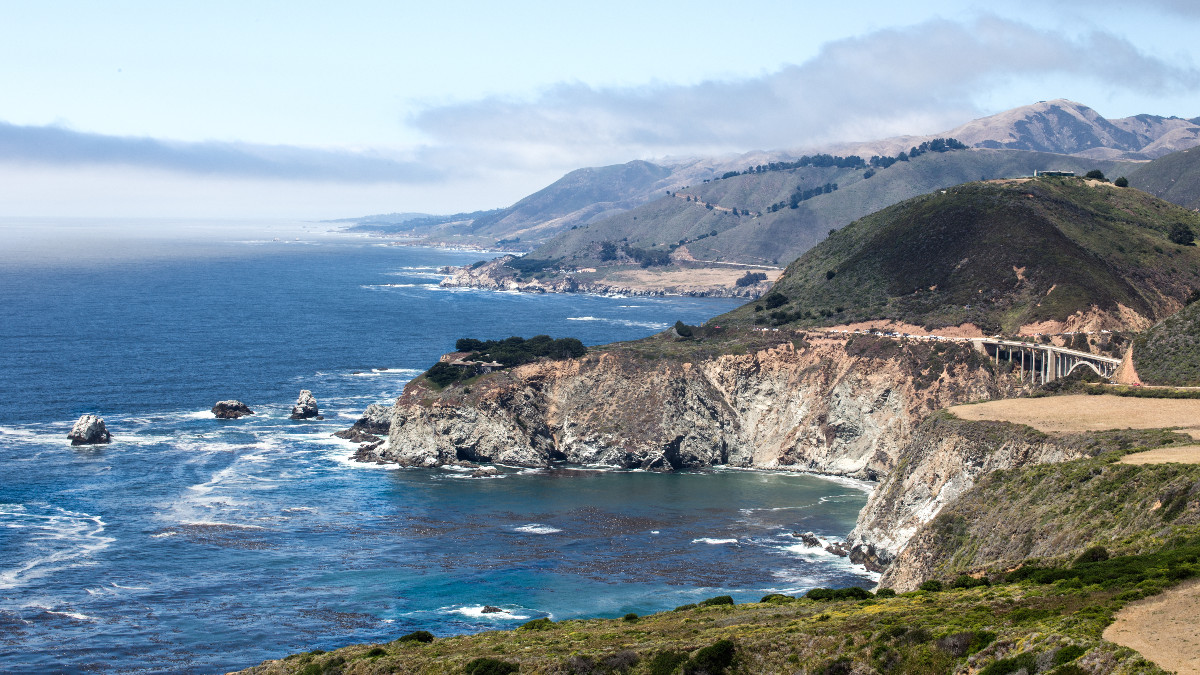 Eleven students were enrolled in the single K-12 school that comprises Big Sur Unified School District during the 2017–18 school year. The feeling that everyone is family is so ingrained that officials often have to remind students who have been there almost their entire lives not to call teachers by their first names — although there is some leeway, as long as the formal “Mr.” or “Miss” is used as well.

School leaders believe it’s the family dynamic naturally fostered in their small school that played a significant roll in ensuring students continued to receive a quality education during the destructive landslides in 2017.

The largest recorded landslide along the Big Sur Coast occurred in May 2017, when more than five million cubic yards of dirt and rocks slid down the hillside and covered a quarter mile of the roadway at Mud Creek with as much as 40 feet of debris.

Big Sur — a 60-mile stretch of rugged, central California coastline between San Francisco and Los Angeles — saw 100 inches of rain the prior winter, which fell on steep mountainsides already ravaged by drought and fires.

The massive slide that took place in 2017 resulted in a 14-month, $54 million project that required the California Department of Transportation to re-build atop the slide.

“That whole stretch of highway was not accessible to anybody other than the people who lived there,” said Susan Perry, administrative assistant at Big Sur Unified School District and Pacific Valley School. “It was all shut down because the Pfeiffer Bridge to the north was gone and the Paul’s slide to the south completely blocked the highway, and there was no way through there at all.”

The trek to and from school during that time differed for each student, but in no scenario was it simple. One fifth-grader reportedly hiked home up a mile-long trail that circumnavigated the closed-down bridge.

Perry said that for other families, the new commute to school included various windy and narrow mountain roads, and so many additional highway transfers and detours that the drive one way could take between two-and-a-half to three hours.

The school’s cook and her two children ultimately camped out on campus during the week and went home for the weekends. And they weren’t the only ones. Due to a lack of affordable housing in the area, Perry said many of the teachers ultimately stayed on campus as well, rather than commute upwards of five hours each day through hazardous conditions.

“One teacher slept in her classroom on an air mattress, and we had another teacher stay on the school property in their trailer,” Perry said.

Pacific Valley School is so remote that there is no available connection to the power grid, sewer system or water system. The campus is independent of any county or city services except for phone and garbage. The campus is powered by a hybrid solar panel grid and propane generators that store generated energy to 32 deep cell batteries. Internet connection in the area isn’t guaranteed — even without the challenges brought on by mudslides.

So, when it came to ensuring that their students’ educations went as uninterrupted as possible, school officials had to go above and beyond the usual call of duty.

“We had to be really creative, we did not stop our instructional program altogether,” Perry said. “I mean, what are you going to do? Just say ‘these kids can’t go to school the whole rest of the year?’ That’s not good.”

At one point, only four students were able to get to the campus, Perry said, and teachers would email assignments to the students with internet access. Many children spent time at the Lucia Lodge where their parents worked. Though the usually popular roadside resort was closed for much of the time the highway was shut down, it was still a location where a handful of students and their parents could get to. A district employee set up a computer and a printer-scanner at the lodge so that students could still access coursework and submit completed assignments to teachers via email.

District planning ensured students already had access to at least some of the instructional materials they would need. The school made a habit of ordering two copies of each textbook so that kids could leave one copy at school and leave the other at home.

“We knew this was something that could happen at any time,” Perry said, noting that with the possibility of mudslides and the lack of infrastructure in the area, there is only so much the school can do.

However, Perry also credits much of the school’s success to both student and teacher resolve, as well as the programs that keep families coming back year after year.

“We’ve had some remarkable students and a really good education program,” Perry said. In addition to Advanced Placement courses, Pacific Valley School acts as an official habitat for hundreds of Western Monarch Butterflies. As part of their curriculum, students collect and input data and information about the Monarchs to share with conservation organizations.