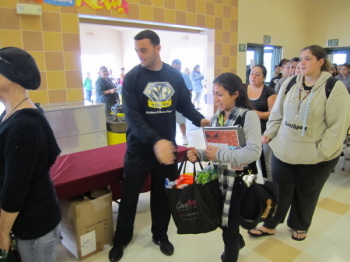 Lest anyone get the impression that California schoolchildren will be fine now that Proposition 30 has passed, a new report from the U.S. Census Bureau provides a startling reality check on the conditions of children here.

According to the “supplemental poverty measure” for 2011, which accounts for the use of social welfare programs, payroll taxes and the cost of living in the state, 23.5 percent or almost 9 million Californians are poor – the highest rate in the nation. Only the District of Columbia, at 23.2 percent, comes close, followed by Florida’s 19.5 percent.

The SPM adds almost 3 million Californians to the poverty rolls, a sharp increase over the 16.3 percent calculated by the official method used since the 1960s. The Bureau’s report comes at a time when fiscal conservatives are calling out for reductions in the state’s “safety net” of health and welfare services.

Meanwhile, over the last several years school districts have had to eliminate or cut many programs that help meet children’s basic needs, giving rise to the Full-Service Community Schools strategy that pairs school resources with city, county and other community partnerships.